Brian adds 15 years of creativity, problem-solving, and executive relationship management experience to the Velocity Procurement team. His primary focus during that time has been on co-creating solutions with enterprise Procurement teams to automate redundant and manual processes, as well as finding opportunities to innovate within the Procurement strategy. Brian has worked alongside some of the largest Fortune 500 companies and their suppliers, while also sharing best practices with many mid-sized organizations during their transformational journey. Brian’s curiosity for life in general, coupled with his desire to constantly learn, has allowed him to build lasting relationships in both his personal and professional lives. He has also had some amazing teams, colleagues, and mentors to guide him along the way.

Brian lives in the Greater Pittsburgh area with his wife and kids where he spends most of his personal time with family and friends. He likes to travel, especially for big family vacations or to explore new cities with his group of long-time childhood friends. He enjoys meeting new people and hearing their stories as well. If and when he gets time to himself, Brian reads, writes, catches up on the DVR, binge-watches Netflix, or listens to music/Howard Stern. When his arm is twisted, he’ll go out and drink a few beers, or try new bourbons and ryes. If a 30-handicap counts as golfing, then he also likes to play golf.

Brian’s claim to fame (by association) is the “famous” Shuey Burger, found only in his hometown of Greensburg, PA, at Greensburg Hose Company #8, Greensburg Volunteer Fire Department. The burger, smothered in caramelized onions, is named after Brian’s paternal grandfather, Louis C. Shuey, affectionately known as “Pap” Shuey. It was created as a fundraiser for the fire station and can only be purchased less than a dozen times a year between April and October. Brian would encourage anyone within a 5-mile radius of Greensburg on the selected dates to go and enjoy a Shuey Burger!

The fragility of crystal is not a weakness but a fineness.” - Jon Krakauer (Carine McCandless), Into the Wild 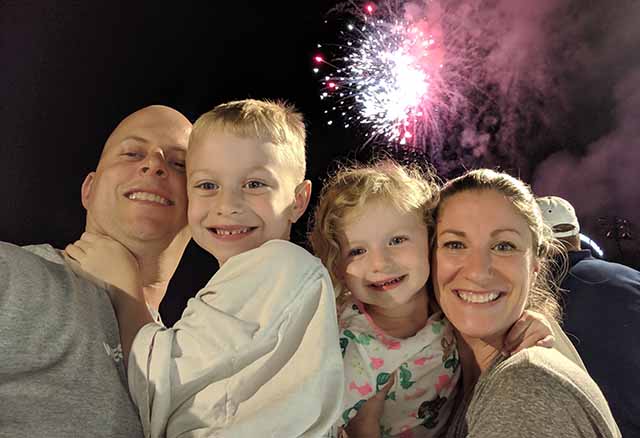 The obligatory family and fireworks selfie. 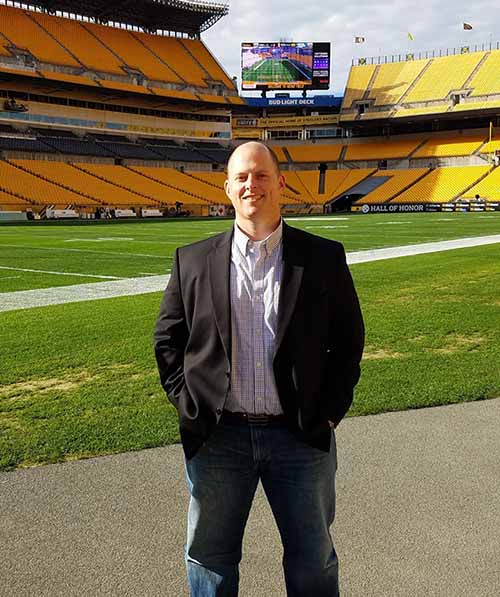 At Heinz Field in the City of ‘Champyinz’

Has your procurement been transformed?

Welcome   About Us   Power   Speed   Impact   Resources   Contact Us